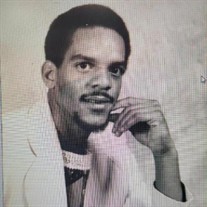 Charles “Gino” Armstrong, 69, was born and raised in Kansas City, MO to the union of the late Cleveland and Elizabeth Armstrong on May 25th , 1951. Our beloved departed us peacefully on May 14th , 2021. Gino was preceded in death by his Father Cleveland, Mother Elizabeth, and youngest brother Ronald (Fat Cat) Armstrong. Gino graduated from Central High School with the class of 1969. He went on to join the United States Army in 1971 with an honorable discharge in 1973. He completed the Electronic Technician Program at the “The Missouri Institute of Technology” in 1975, Communications and Industrial Technology at the “Electronics Institute” in 1979, Culinary Arts Program at” The Guadalupe Center” in 2005, He lastly attended Johnson County Community College’s Hospitality Management where he was close to obtaining his degree but was put on hold to get his long- awaited kidney transplant in 2017. Gino leaves to cherish his memory: 3 daughters DeMond(Darvell), Charletta, Eunice all of Kansas City; 7 grandchildren Tim of Nevada, Mark, Antinique, Breona, Cheyenne, Jhardon, and Christopher all of Kansas City; 3 great grandchildren Rebecca, Dallas, and Milani of Kansas City; four brothers George of Kansas City, Cleveland Jr. of Kansas City, Jahahara of Oakland, Gerald of Kansas City and a host of extended family, friends, and associates.

The family of Charles Eugene Armstrong created this Life Tributes page to make it easy to share your memories.

Charles “Gino” Armstrong, 69, was born and raised in Kansas City,...

Send flowers to the Armstrong family.