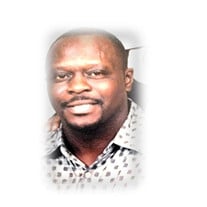 Born on March 5, 1961, Charles was the second oldest child to the union of Charles and Zipporah Lewis. He received his education through the Kansas City Public School District. In 1993 he successful passed the EPA Type I –Type III refrigerants exam through the ESCO Institute. Years later he became a graduate from Metropolitan Community College Kansas City Missouri in May 2007 with a certification in Heating, Ventilation and Air Conditioning. Throughout his life his occupation consisted of remodeling homes, construction, maintenance, and HVAC. He was a jack of all trades. Upon his departure he was employed with Marsha’s Sun Fresh. Charles accepted Christ at an early age. Although he was not an avid church goer, he was a man of strong faith. His relationship with God was an important part of his life and he never strayed from it. Charles was a down to earth guy who didn’t take no shit. His outgoing personality commanded attention in any room he walked into. Charles was hardworking, strong willed, loving, and generous. He was a man who walked in his authentic self unapologetically. Family was important to him. He established his own personal relationship with each one of his siblings, nieces and nephews that made everyone feel like his favorite. He enjoyed watching football, going bowling, drawing, and having drinks with friends Charles transitioned on Sunday, January 23, 2022, at University Health (TMC). He was proceeded in death by his parents Charles and Zipporah Lewis; sister Elaine Marquinia Lewis; niece Mikila Lewis. grandparents Oliver and Zista Johnson; Grant and Isadora Mozee; Carson and Inez Lewis. He leaves to cherish his memory, siblings, Charlene and Alonda Lewis, Terri Williams, Sonia Johnson, Brian, and Michael Lewis; nieces and nephews Tennille Denson, Victor, and Ashley Lewis, Willie and Lashawnda Williams, India Kincaid, and a host of great nieces, great nephews, aunts, uncles, cousins, other relatives, and friends.

Born on March 5, 1961, Charles was the second oldest child to the union of Charles and Zipporah Lewis. He received his education through the Kansas City Public School District. In 1993 he successful passed the EPA Type I &#8211;Type III refrigerants... View Obituary & Service Information

The family of Charles Oliver Lewis created this Life Tributes page to make it easy to share your memories.

Send flowers to the Lewis family.