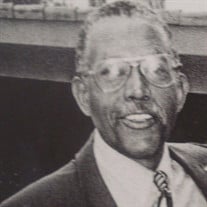 Biography Sunrise Sunset 09-20-1944 06-02-2021 David Robert Rogers (better known as Big D), son of Howard and Lois Rogers, was born on September 20th, 1944 in Hamilton County, Cincinnati, Ohio. David attended high school in South Point Ohio, and Oakwood Academy located in Huntsville Alabama. He attended Cal State Santa Barbara where he earned his certificate. He left Ohio and moved to Los Angeles, California. He met and married Jewel I. Clemens in Northern California, He had one son named Jason. David helped to raise his bonus daughter Yvonne Clemens and treated both children the same with love and respect. He worked various jobs to provide for his wife and children. Big D. was a people person who loved to laugh and live life to the fullest. He was passionate, kind, funny, and generous to everyone he met with his time and resources. Big D. spent a lot of his time with his two brothers who are truck drivers as well. His passion was driving big trucks. His trucking handle was Step-Child. He drove trucks for over 50 years. He always shared his many adventurous tales of his journey on the road with family and friends. He would call friends and family several times a week just to stay connected. He talked to Kelvin weekly while trucking on the road. His favorite truck was a Peterbuilt 359, with a Caterpillar Engine. He moved to Kansas City in 2016 with his brother Richie to do some trucking: both of them 70 plus and both dedicated to driving trucks. Although both brothers were stubborn, the respect and love for one another was obvious. Big D. closed his eyes on June 2nd, 2021, (10-4, Roger). He was preceded in death by his beloved parents, Howard and Lois Rogers and his sisters, Shirley J. Dent and Joyce J. Rogers. He leaves behind his two brothers: Richard Porter and Anthony Rogers, his brother-in-love Robert L. Dent, his daughter Yvonne L. Lynum, his son Jason M. Rogers, his grandsons: Mustafa Lynum, Xavier Lynum, Kaleb Lynum, Elijah Moore, Alex Butcher, his nephews and nieces: Michael M. Dent, Christopher R. Dent, Dana Porter, Kelvin Williams, Yvette A. Dent, Elizabeth N. Dent-Grant, Tammy Porter, and many grand nieces and nephews. He will truly be missed by all.

The family of David Robert "BIG D" Rogers created this Life Tributes page to make it easy to share your memories.

Send flowers to the Rogers family.