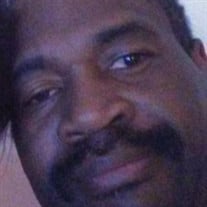 Not sure what to send?

Kenneth Clayton Brown, 63, affectionately known as “Kenny”, was born May 5, 1958 in East St Louis, Illinois; he was number five out of ten children to Ionia Johnson; his father was Theodore Ingram. Kenny is preceded in death by his parents; his siblings: Sharon Brown, Pamela Brown, Michael Brown, and Leverne Brown, and his son, Jermaine Brown. Kenny had two marriages which produced children; Kachina Brown, Jermaine Ingram and Jasmine Brown. After High School all the neighborhood kids sought employment at the local steel plant, but Kenny decided that he would go to the military; he enlisted in the United States Army. The Army helped him to secure his GED and obtain his military police ranking. He always enjoyed telling his stories about his time in the military. He would often say, “Did I tell you this already?” Kenny had a love for the Lord. After working nights, he would try not to fall asleep on the pew while at church. Receiving Honorable Discharge from the military, Kenny then worked several jobs as a security officer in St Louis, Missouri. He leaves to cherish the love of his life Margaret Moore. He met Margaret while she dragged a basket of clothes down the steps of their apartment complex. He took the basket of clothes from her and placed them in her car. He then kissed her on the cheek. Margaret’s reply was, “I don’t know you.” Sixteen years later, he left her in December, the same month that they met. Kenny’s joys were, his daughter Jasmine, smooth jazz, especially jazz by Paul Hard Castle and football, the St. Louis Rams. He was working on acquiring a connection to the Kansas City Chiefs. Also left to cherish Kenny’s memory: his daughters: Jasmine and Kachina; his sisters and brothers: Deborah Johnson of Texas, Charlie May Brown-McGee (George) of Tennessee, Valencia Brown of Tennessee, Samuel Brown, Larry Brown (Rolanda) Tennessee; four grandchildren and two great-grandchildren, Darion Brown, Taykia Amari Hamilton, Malachi Brown, Santosha Ingram, Amaya Jamon Ingram, Hazel Ingram, several nieces and nephews and other loving family and friends.

Kenneth Clayton Brown, 63, affectionately known as &#8220;Kenny&#8221;, was born May 5, 1958 in East St Louis, Illinois; he was number five out of ten children to Ionia Johnson; his father was Theodore Ingram. Kenny is preceded in death by his... View Obituary & Service Information

The family of Kenneth Clayton "Kenny" Brown created this Life Tributes page to make it easy to share your memories.