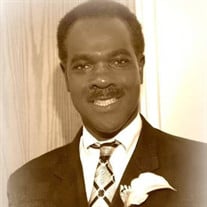 Life Reflections of Raymond “Ray” Milton Ward Mr. Raymond Milton Ward, 67, affectionately known as “Ray” was born January 4, 1955, to the union of Caesar Ward and Emma Lue King Washington in Cedar Bluff, Mississippi. Both parents, four brothers (Andrew Anthony Washington, Aaron Maurice Washington, Edwin “Pete” Jerome Washington and Willie Allen King) and grandson (Raymond Ross, Jr.) preceded him in death. Raymond was raised in Kansas City, Missouri where he attended and graduated from Paseo High School. He played Jr. Varsity Football for three years and his favorite subject was Home Economics. He went on to join the Army where he received an honorable discharge. In the Army, he was a Marksman and completed three service years in Frankfurt, Germany. He was also a Chef and received a specialized certification from the Army while training others. Raymond will always be remembered for his “Ray’isms” (welcoming and charismatic persona), he made you feel loved and had a way with words. He embraced everyone, was a well-known sharp dresser, he loved to cook, an awesome two-stepper, his distinguished laugh & love for his family and friends will be missed. Raymond leaves to cherish his memory: 2 daughters, Jamilah Ward and Kelly Ward (under a previous union with Debera Kelley) and one son, Raymond Ross. 8 grandchildren: Martae Thibeaux, Airian Ward, Shamu're Robinson, Mallik Ross, Xavier Ross, Ja’Marion Ross, Raymonn Ross, Kyng Ross and 3 great-grandchildren: Messiah McHenry, Major Ross and Dream Ross; his sister: Augustine Burns; his brothers: Dennis Washington (Kim) and Tony Ward; sister-in law, Lillian Washington; a host of nieces, nephews, and cousins. He departed this life on April 18, 2022, in Kansas City, Missouri.

The family of Raymond Milton Ward created this Life Tributes page to make it easy to share your memories.

Send flowers to the Ward family.